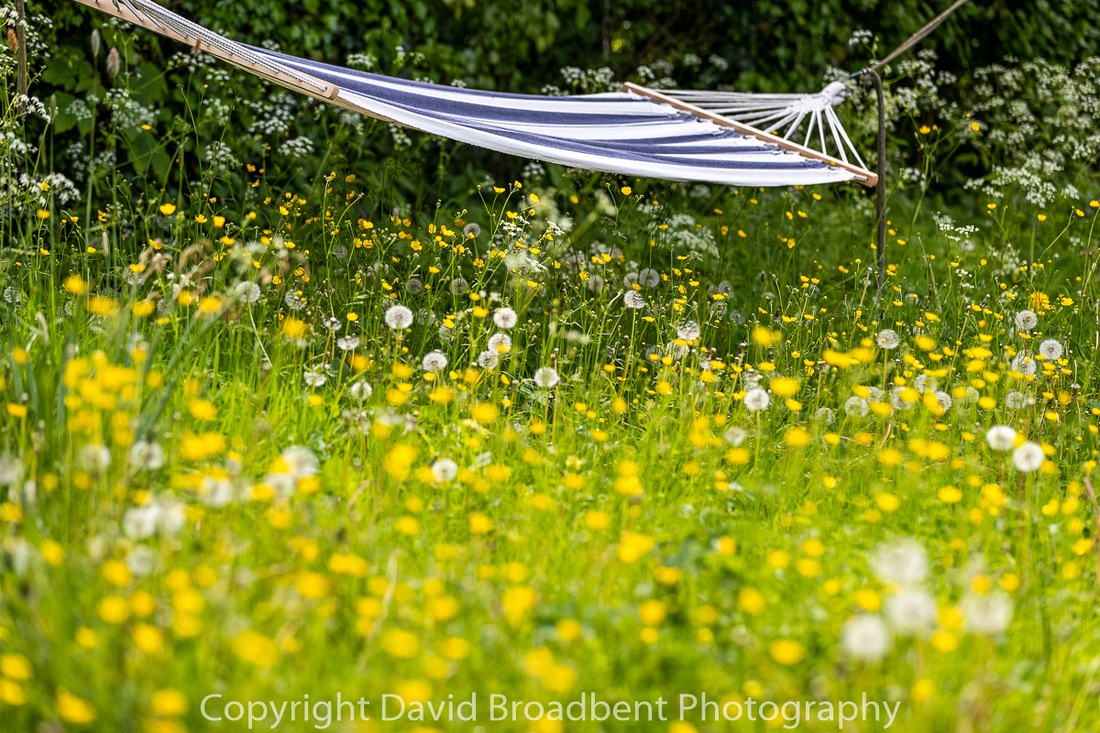 It's always good to step back and reflect in life. It helps galvanize your enthusiasm as well as temper and focus your effort.

We don't have a big garden. It's rather long and thin, not at all conducive to a classic border style. The top half (furthest from the house) had half a dozen fruit trees when we moved in. Sadly, a couple of those didn’t make it as the garden had been previously used primarily as a run for 6 border collies! The trees obviously hadn’t seen any maintenance and some of the remaining trees also needed some TLC including a rather grand Bramley apple.

This also happens to be one of the best places to practice your photography techniques. Forget the subject matter, right here there is lifelong learning in taking control of focus, composition, the creative use of depth of field and managing the available and reflected light. Our Photo School page has more details.

Anyway, whilst wiping the sweat from my brow after a particularly vigorous session with the lawnmower, wrestling with the tough grasses and dodging the overhanging fruit branches, I reflected that this was all a bit pointless. So, I decided it was high time to instead, mow a serpentine path through this half and so began the garden planning. Zoning was all the rage in the “garden spaces” of our “outside room” at the time but our own zoning strategy was easy - close to the house, fun, pretty, playtime, functional. Top half rewilding! 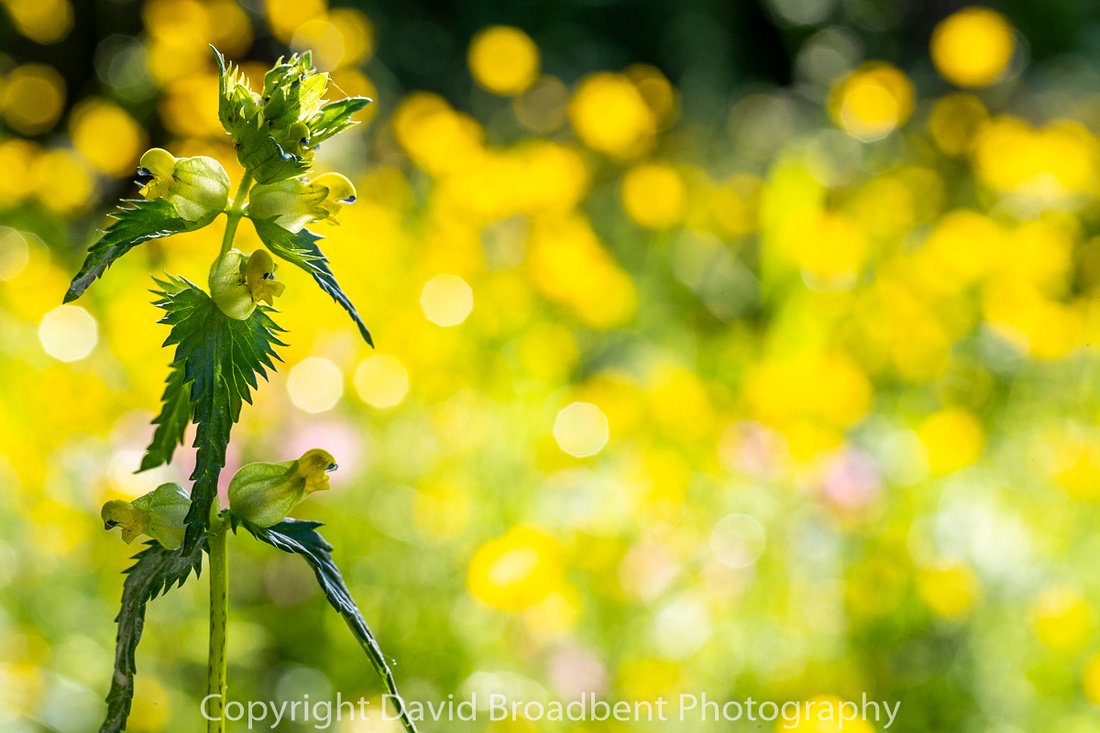 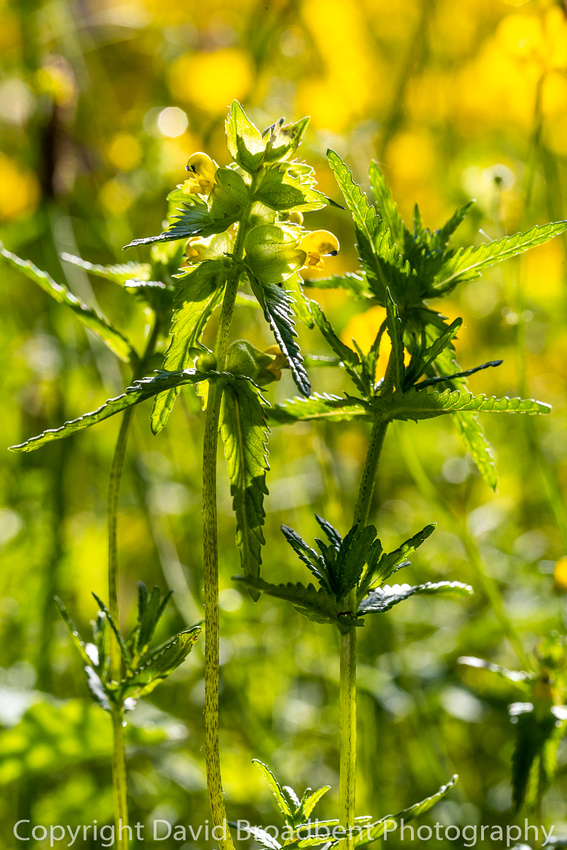 Surveying the untidy ramble of first flush grasses allowed to let rip, I spotted a curious thing, thin lime green leaves, just visible in the thatch, with spots! To our utter amazement, the very first year we stopped cutting an orchid popped up! Common spotted orchid (Dactylorhiza fuchsia) to be exact. These seeds must have lain in the ground for donkey’s years just waiting for some kind soul to stop mowing the blooding grass. I’m not sure that our amazement was well placed though, this should be quite a common UK wildflower. In our little rewilding patch was everything that it needed. Protected from strong sunlight by the hedgerow and dappled with shade from the overhanging apple and Victoria plum, the ground stays reasonably moist (not a wetland) even in the height of summer. 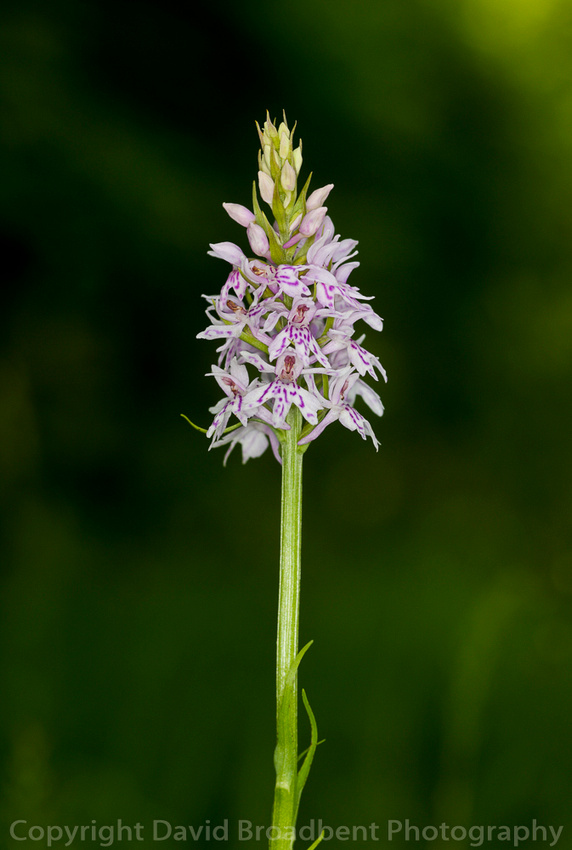 Because the former lawn still had its fertility from the fallen mowing’s this first specimen was huge in size and I suspected that it may not therefor flower. But, flower it did and on multiple stems.

I’ve tried before to rewild areas without much success. The secret weapon, we found, was Yellow rattle (the seeds rattle in their pods). None of the books or advice at the time had this gem of information. It was all about stripping off the top turf was the only way to go but, please – I was trying to make myself less work. 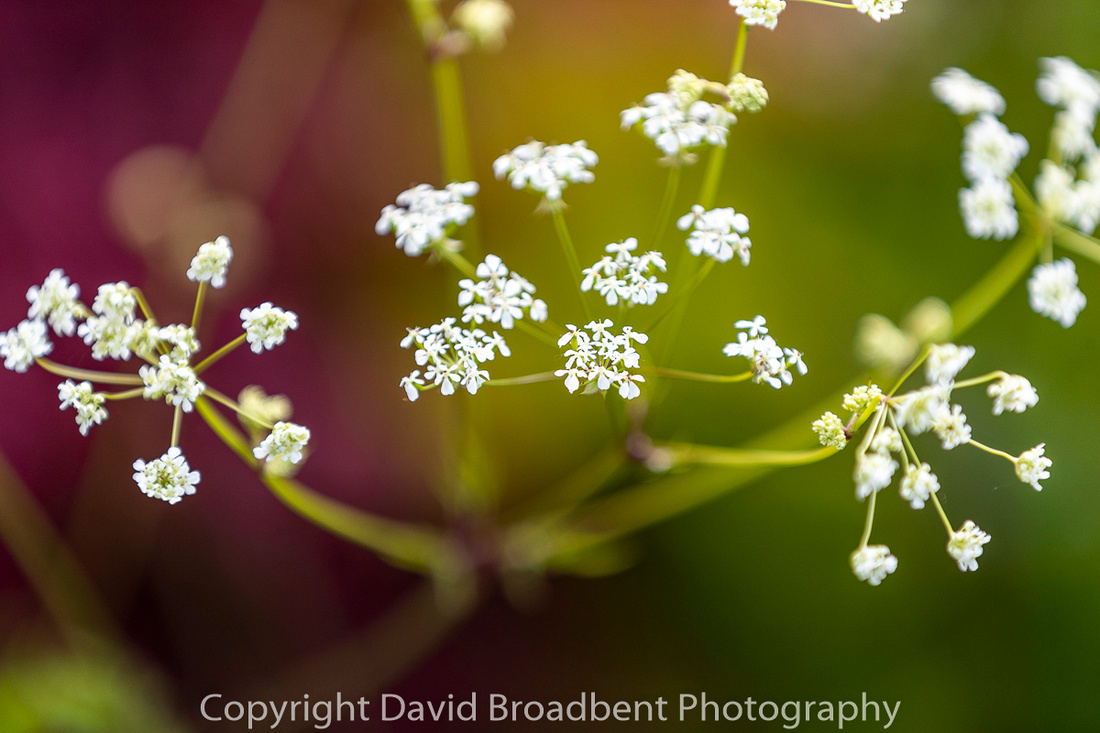 We found out about it from its old names, hayrattle and cockscomb, and the fact that the many farmers and equestrian centres in the Forest of Dean & Wye Valley don’t like it because it reduces grazing yields. It was once a common sound of hay making to hear the seeds rattling in the cut hay. We purchased our Yellow rattle seed from Meadow Mania. It gets delivered in September and ideally needs a winter out so to be one the safe side we put it straight in the fridge until the outside temperature had dropped in November.  The seed is quite expensive and we were on a budget so this had to work. 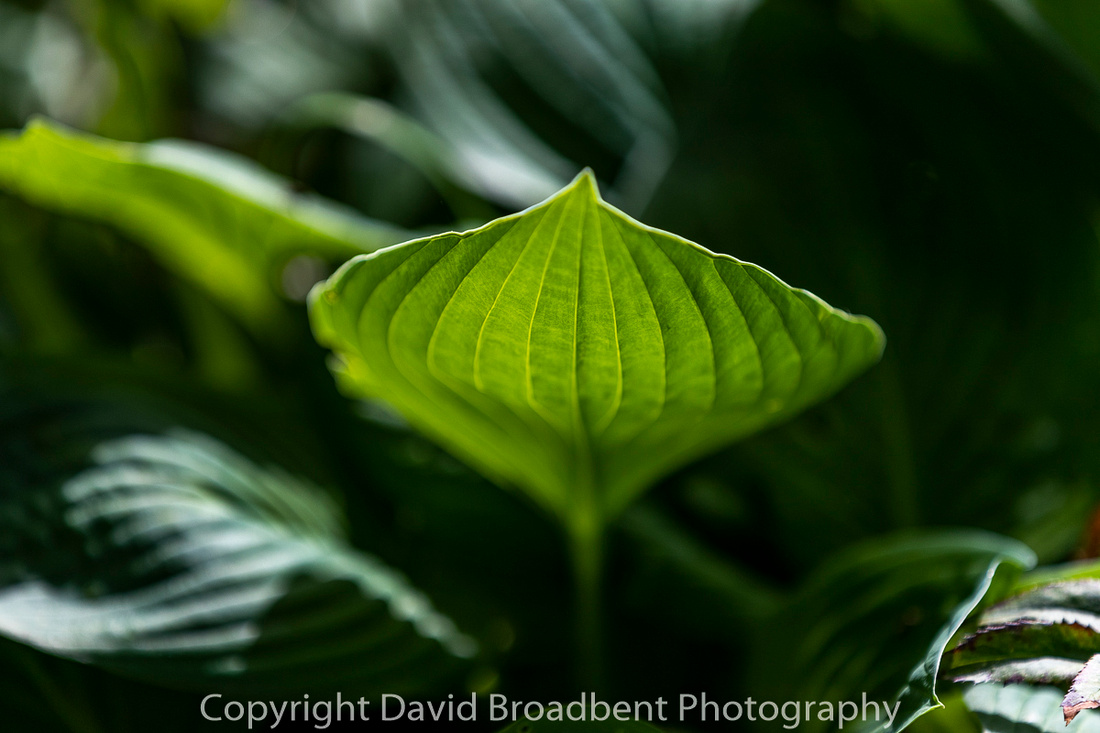 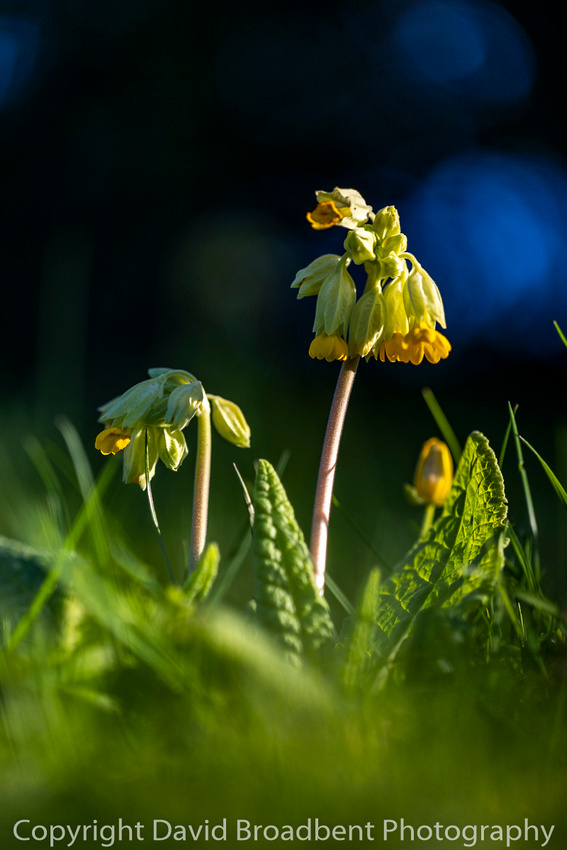 Some wildflower seeds, experience had taught me, don’t always do very well. I now realise why. Think of it as an investment for a cash hungry business. Put too little investment in and you’ll only progress in tiny steps. The background seed vault needs to be bursting. A tiny packet of seeds on their own is not going to do it. We purchased half a kilo! It worked. The following spring up they came. Soldiers in the fight of rewilding. Marauding through the more vigorous grasses, suppressing them as they advance (Yellow rattle is semi-parasitic on grass) to give the wild flowers a chance.

The first orchid was ground zero for the first batch of broadcast rattle. We had read that it may not recur in the same spot the following year and so we ordered a second batch. It wasn’t really necessary so we blew the budget there. A little did germinate in the second year around the orchid but then there was a new patch, and another new patch and so the march went on with military tenacity and seemingly total randomness. Everywhere it grew the surrounding grasses were a quarter of the size and vigour of those on the other side of the path. Now the rattle is everywhere. 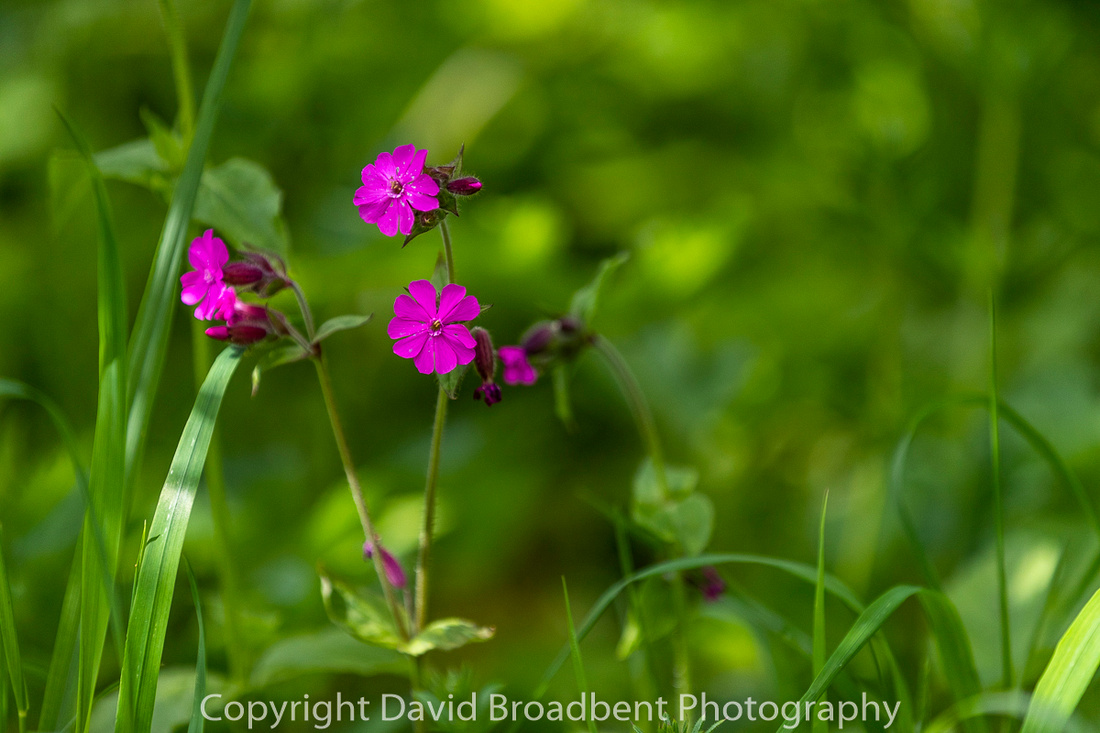 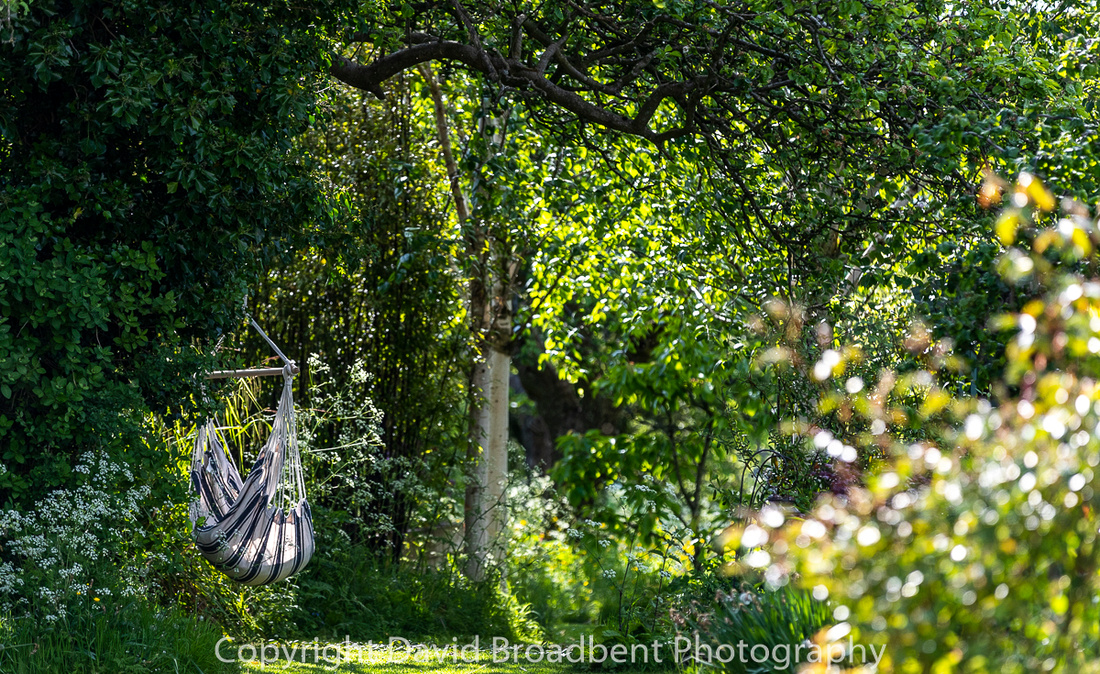 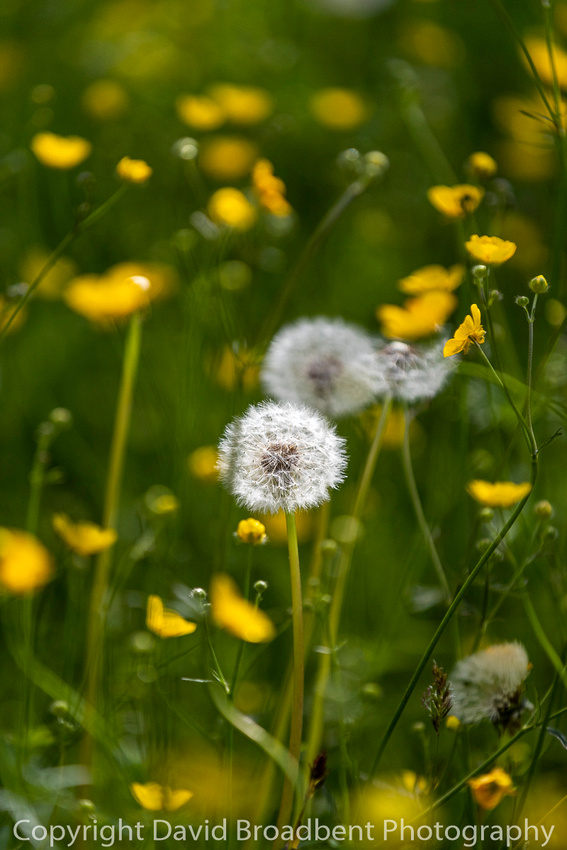 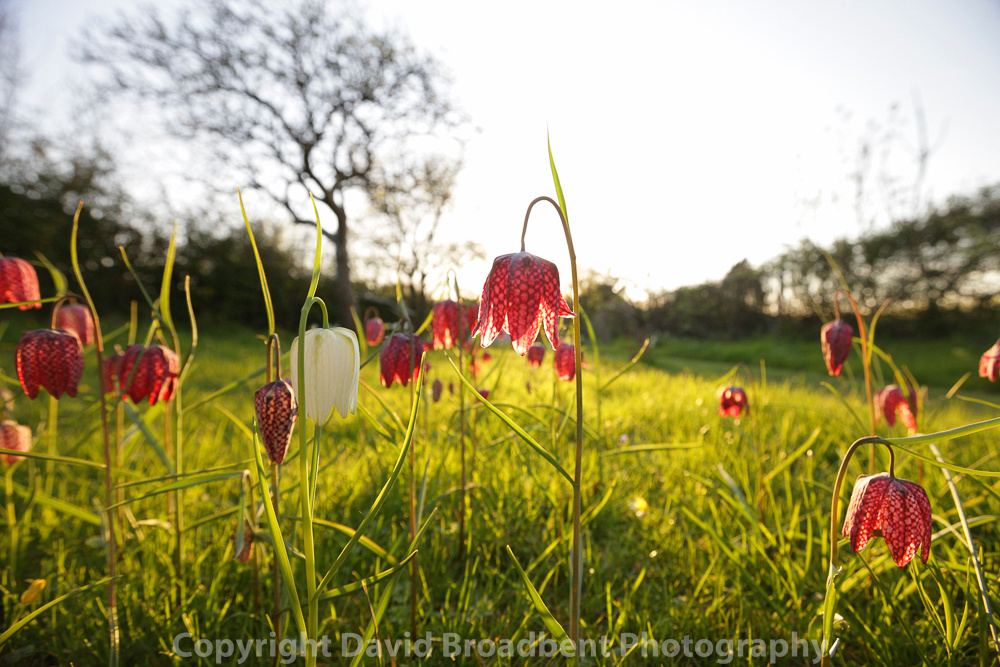 Pick your spot – is it in full sun, shade or partial shade? This will determine the wildflower species that thrive. We are trying to create a spring and summer meadow for a longer season.

Mow it – mow it and remove all the mowing’s. Leaving them behind will only add fertility to the soil – not good in meadowland.

Keep it short through the winter – Thanks to climate change the grass in our garden keeps on growing well into November. Donald J hasn’t spotted this because he doesn’t cut his own grass. Yellow rattle particularly likes a short grass sword wherever you broadcast it.

After the flowers – crucial to allow them to set seed. On a dry day in very late July (later if it is still looking good – I cut ours in September). Strim the tops off down to a couple of inches (this avoids harming the millions of insects, small mammals and amphibians that will now call this home). Leave it for a day for the seeds to fall to the ground and rake off the cut. Then go ahead and strim to the ground and remove that cut. Leave a margin uncut for the critters if the rest of your garden isn’t wildlife friendly and the cuts make great compost. If, you are now complaining about the potential workload, it is important to reflect that you are doing this once a YEAR and not once a week.

It is not an accident that all of this sounds like old fashioned farming.

Winter jobs – take the hammock down and store it somewhere safe.

Facts – Rhinanthus minor is a flowering plant. It is an herbaceous plant native to Europe that grows to about 20 inches high with yellow flowers.