Insurance and the Practicalities.

On my latest trip to Europe to shoot travel, food and lifestyle pictures I did a very silly thing in Strasbourg!

I fell over. You know when you fall over the immediate instinct having gone down is jump right back up lest anyone should have seen you make a complete fool of yourself. You may furtively glance around to check that the coast is clear. You may even go mad and try to make out it was all just a harmless rehearsal for a much more serious incident - probably more specific to men this one. Just prior to hitting the deck is the natural reaction to put your arms out to break your fall – it’s why collar bones repair so easily. It’s very difficult not to do this in fact. Your subconscious mind takes over, goes into protection mode and does what it can. Unless that is you have the downhill hand full of 1DX and a 16 – 35mm lens. 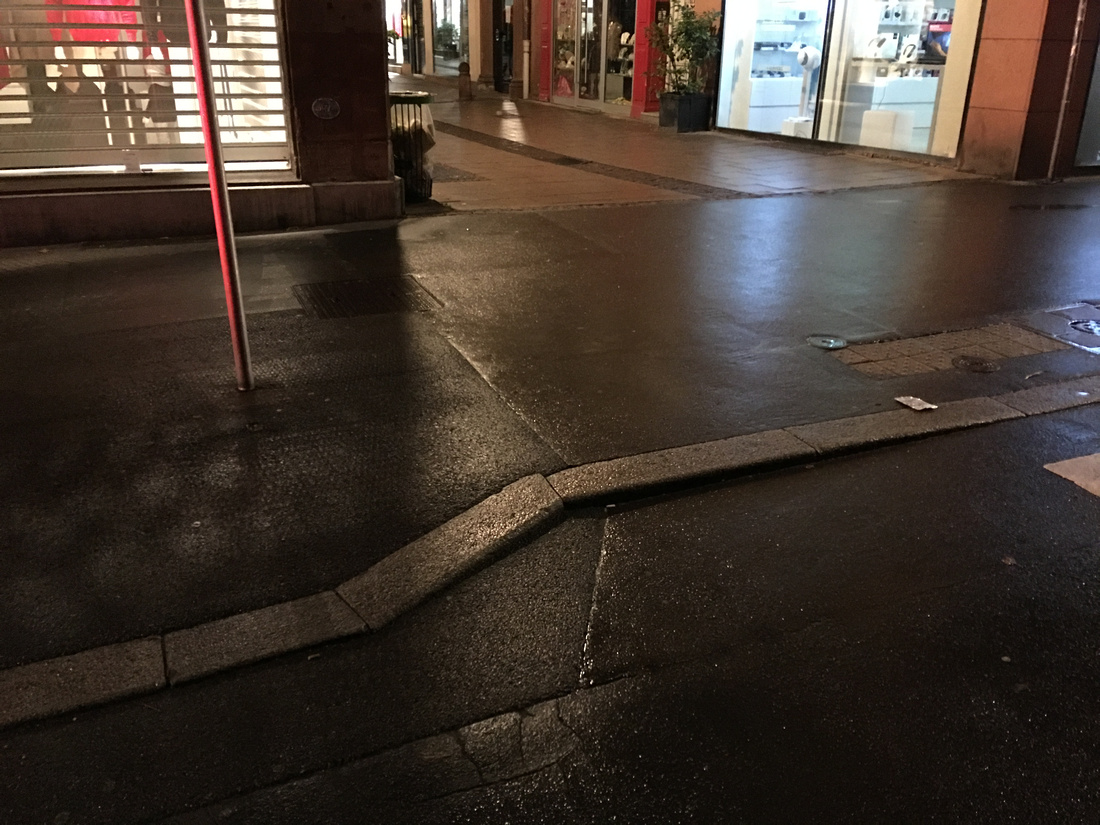 In the course of the inevitable “what went wrong” post mortem, I discovered the following: I went over on the edge of a curb stone. Falling without a sound like a huge felled Redwood, I honestly had no idea what was happening between the slip and crashing into the wet, glistening road. Cue expletives!

On an otherwise hugely successful evening shooting pictures in the rain of the fab city that is Strasbourg I was very saddened to discover that the offending curb was barely an inch high. My shoes had not miraculously lost their sole/ground adhesion quotient and the Strasbourg Town Hall could not have maintained the curb to a higher standard. Although refreshed at an excellent local restaurant in the German style I was not dear friends, in any way non compos mentis.

In these blame culture days there was nowhere else to look for the root cause. So, Accident Helpline I don’t have any employees. If I did, the least I would expect of them is too look where they were going. Sadly, on this occasion I was unable to heed my own health and safety advice. Verdict – simple muppetry! 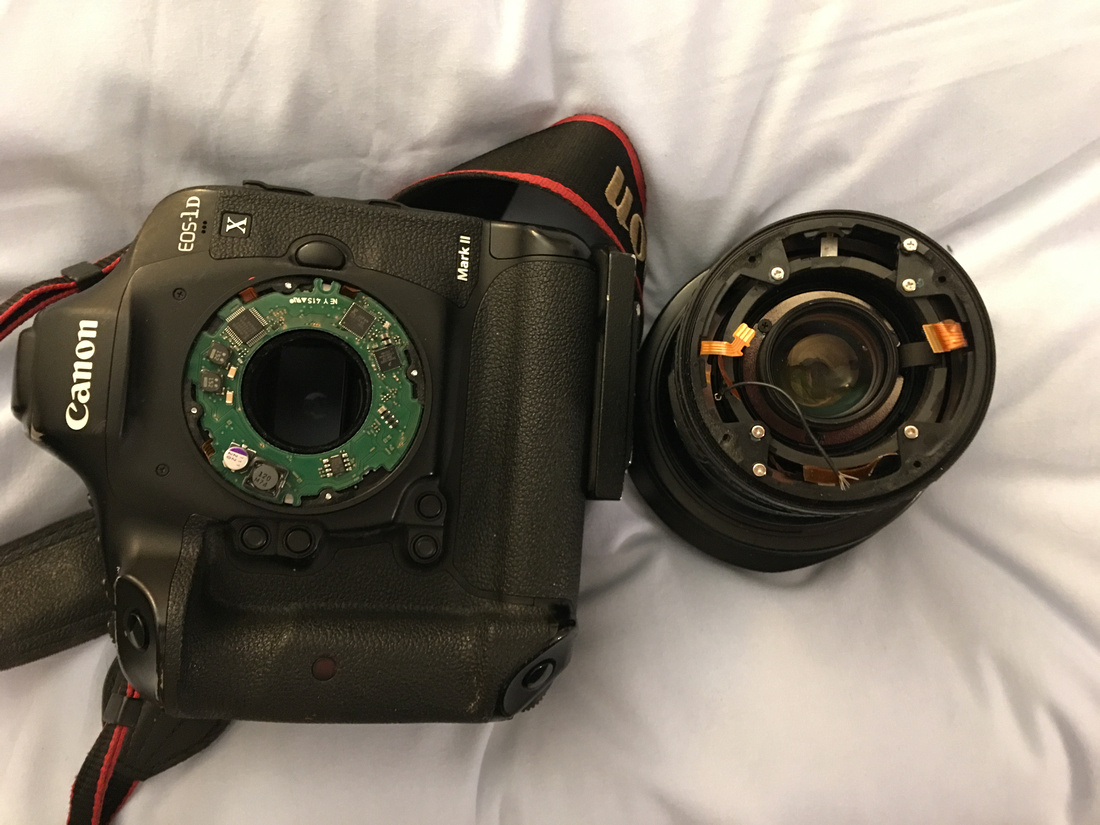 Rising slowly and slightly winded from the scene I was a little confused. The camera body was still firmly in my grasp but a large section of the lens barrel was still rolling around in the gutter. Ooops, the lens looks like a right off! Dusting off and recovering of dignity mode was followed by a quick insurance photoshoot using my cell phone to record the scene of the street, the conditions and location. Once in good light on the return tram – the damage looked pretty catastrophic. Instead of a bayonet fitting on the back of the lens there were now shiny green circuit boards and trailing wires exposed to the atmosphere.

Back at the rented gaff it was time for an urgent test of the body itself (with another lens) and all appeared to be in order so the body seemed undamaged. There was a small but obvious impact mark on the body which indicated first impact. I’ve always complained about the quality of the powder coating on this camera. A shiny wear pattern appeared on top of the pentaprism almost straight away. Give Canon their due though, the body had survived a sudden drop in altitude followed by a 16 stone body slam. Tomorrow I’d shoot some blue sky and check for dust. Giving the camera body a huge clout sometimes disturbs all the captured dust from the sensor sticky pad. And it needs a re-clean. 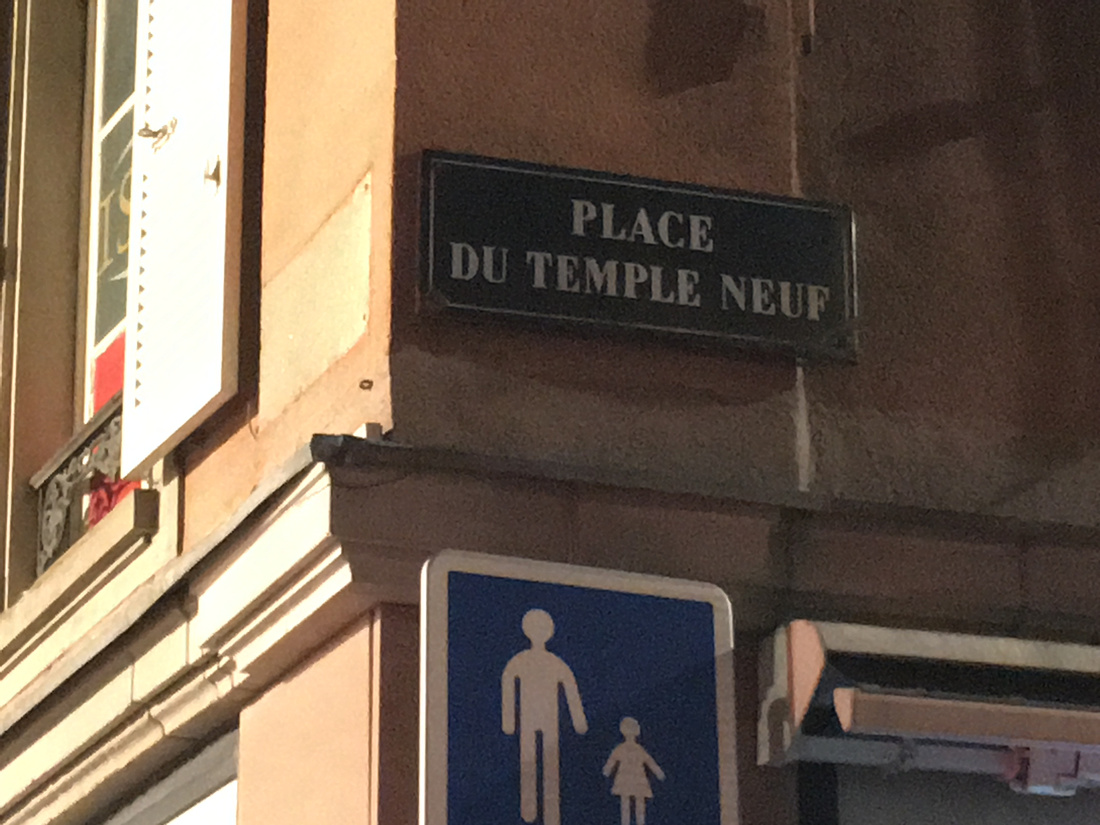 I could really have done without this it goes without saying. I’ve had that lens a long time and it has been around the world with me. It is one of my “go to” optics and I was now very happy that I had the zoom range kind of covered in my often-prepared but seldom deployed contingency plan.

For all trips I generally take at least one spare body over and above the one/s I’ll be using. I also had my 14mm and 28 -70 (another “go to” lens) so at least I had some wide-angle capacity. In fact, following the calamity (as we are now calling it) I went on to shoot nearly the whole of the rest of the trip on the 14. This is something I often do intentionally since it makes me work harder for the pictures i.e. make one lens work for you by composition, movement and creativity.

This as they say is what insurance is made for. If this happens to you there are a few things you need to do. The first is to manage your expectations of what is going to happen next.

You’ll need to inform the insurance company of the damage/loss normally with 24 or 48 hours. Leave it until the end of your trip and you may be putting your claim in jeopardy. The notification will nearly always be required in the form of filling out of a claim form rather than an email or a friendly chat over long distance. Should you take a pre-printed form with you? Probably not. Looks a bit suspicious doesn’t it? 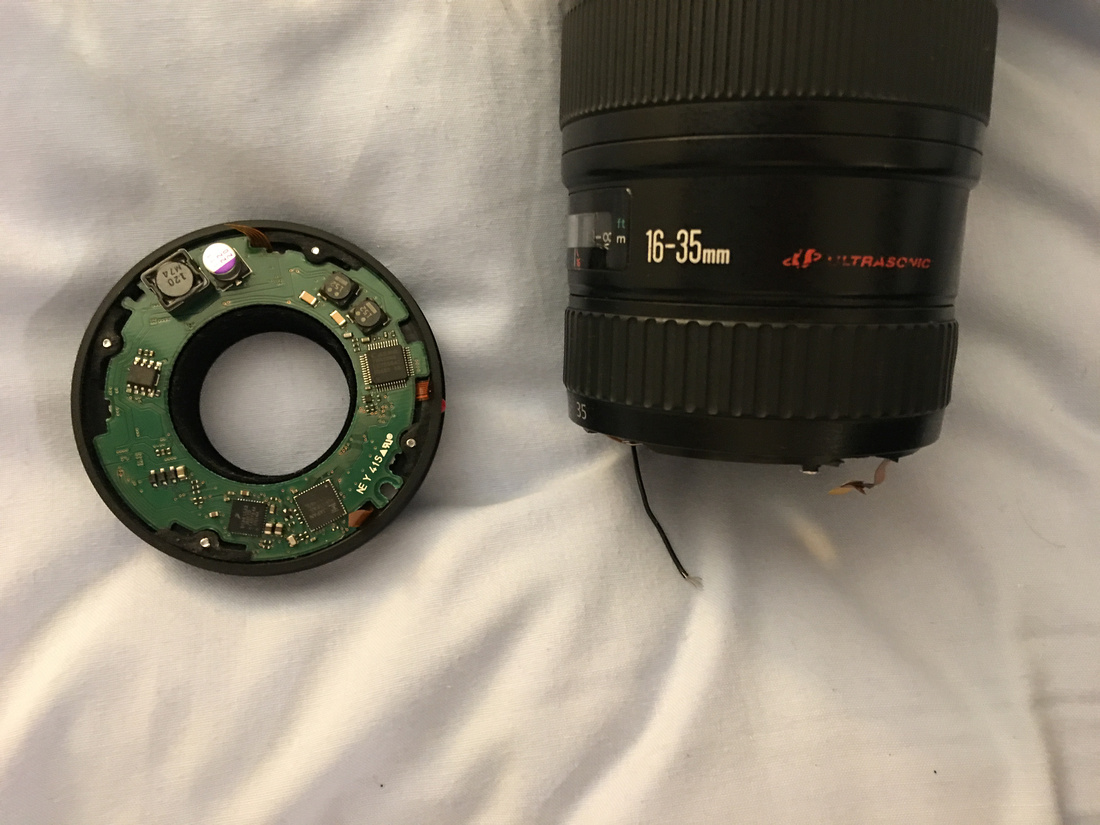 No matter how much you need that lens, the insurance company are not going to drop all the pencils and everything else to settle the claim and get you a replacement. First, to go with notification form, you’ll need an engineer’s assessment and practically that isn’t going to happen until you get home. As a Canon Pro I do theoretically have the option of a French engineer assessing it as a matter of urgency. However, the reality is the UK insurance company will not be accepting Marcel’s Gallic missive any day soon if a national bank won’t even accept letters in Welsh! Similarly, if it is a total loss they aren’t going to get it shipped to where you think you might be in a weeks’ time even if you can trust the local carriers. I may also have the theoretical option of borrowing a loaner from Canon for the time being. Normally though this presupposes you are at a supported event and aren’t going to waltz off to somewhere else in Europe with the goodies.

If the accident is not bad enough, you’ll now need to lug the wreckage around with you from now on too. If it is a total loss, once settled the wreckage becomes the property of the insurance company and they may want it back (so you’ll have a shipping cost which in the small print is specifically not claimable!) – they think of everything don’t they.

So, there you have it. The key is, have a backup plan in terms of gear and a sanguine and realistic attitude to when your problem is going to be fixed! If you do have a catastrophe, get yourself the best cup of coffee you can find, sit down, have a calm think and reset. These things can be opportunities you wouldn’t have explored originally. But now you have too, grasp it with enthusiasm and make the best of what you’ve got. 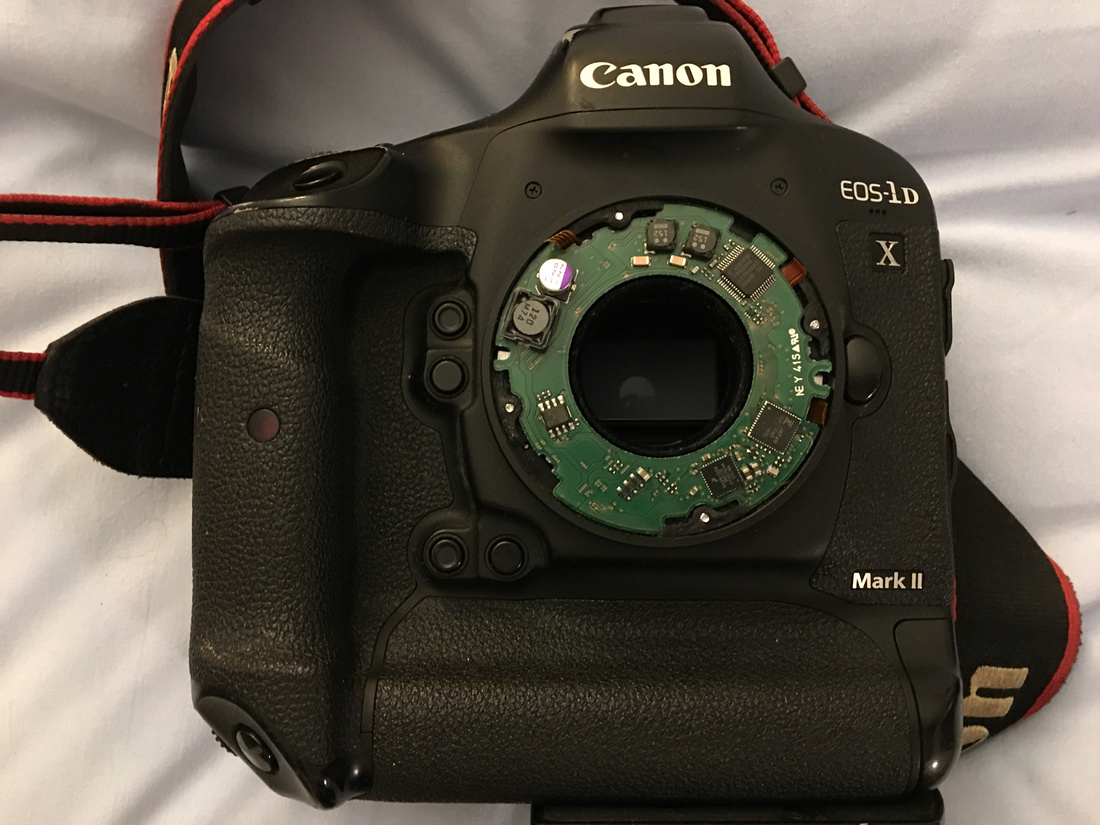 I’m with Aaduki Multimedia Insurance whose response has, in fairness been great. If this happens to you whilst away from home - ask for a claim form you can compile online and not a PDF which needs printing! Make sure, before you leave that you have some travel cover for the countries you will be visiting during the journey. Expect also to have to prove to your insurance company (by flight/ferry ticket or hotel reservation) that you were in the country outside the UK you say the accident took place. Thank god for the presence of mind not only to photograph the damage but also the scene of the crime (and your other injuries/damage if appropriate) all of which could come in very useful.

Always check that you are covered for world travel and it’s always a good idea to review the insurable cost of your gear under cover. Prices rise all the time and if you are on a new for old your insured value needs to match the replacement price. As an example, my 14mm was purchased for £1400. The sales rep lacked any hint of a sense of humour when I pointed out to him that was a hundred quid a millimetre! Now the same lens retails at £1900.

Everyone loves a happy ending and the news is…..It’s repairable! I know. I couldn’t believe it either. Optics all perfect and the parts list includes new rubber mount collar, zoom collar, focus assembly, main lens assembly, circuit boards and new barrel section. The combination of my settlement less the excess and VAT etc. and I have it back in the bag - Yay!! That lens is going to end up like Trigger’s brush!