Why I ran off to join the “Puffarazzi” 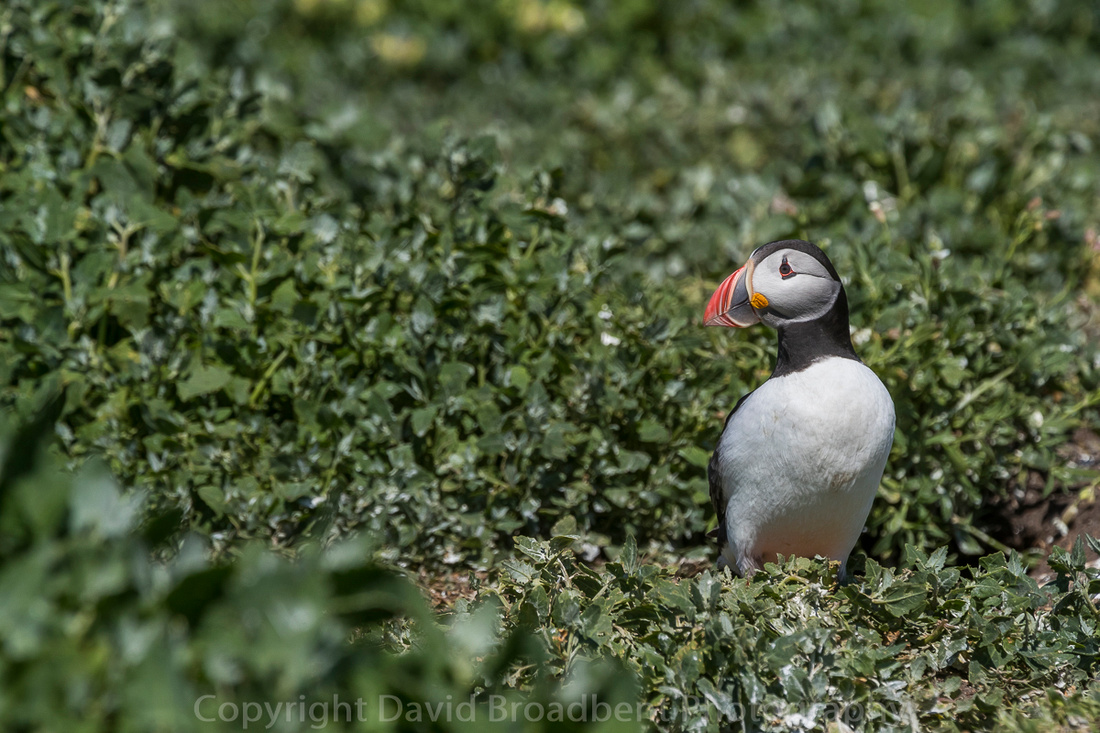 I was back up at the Farne Islands off the fabulous Northumberland coast recently, primarily to shoot Puffin pictures for this, the year of the Puffin. Well, not quite the year of the Puffin but certainly the start of the RSPB’s exciting new citizen science project on this quirky little auk.  Project Puffin aims to recruit photographers to submit images taken at Puffin colonies during 2017. Specifically – images of birds carrying food in their mouths. Images from the project can be used to identify exactly the type, size and quantity of fish that the birds are bringing back to nest.

The wider issues facing Puffins seem to be lack of their normal diet, which is suspected to be behind the some of the recent sudden declines in breeding success at some colonies. So, if you are a regular photographer of sea birds you may be thinking that this is indeed a new twist or motivation for capturing these little sea faring beauties. A species that surely has been photographed so often that there is little opportunity for something new and creative. 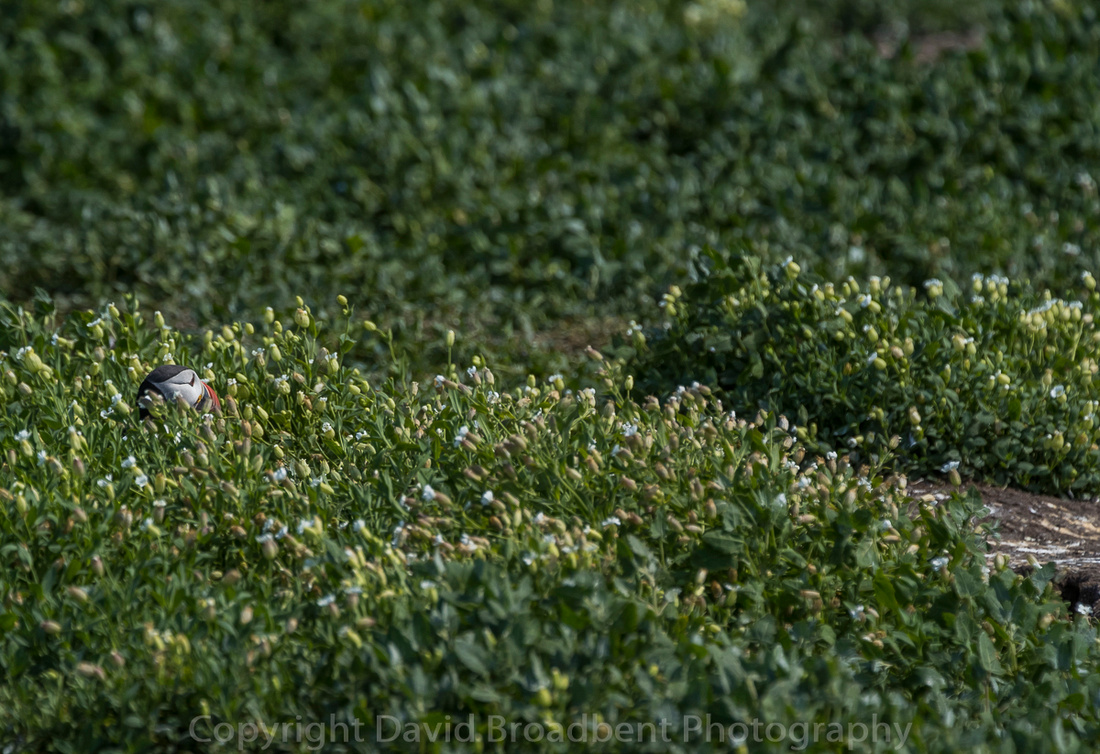 It has been far too long since I was in this part of the world. Although there are colonies closer to home, this one has a special place in my heart and is also surely one of the most iconic. My logic, if there is any, being that if they are struggling here at this long established site – then it does not bode well for other sites. This seabird haven, surrounded as it is by the crystal clear cold rich waters of the North Sea, has in the past been the ideal place for Puffins and many other seabirds to make their home and raise their young. If its going wrong here the must be a problem. Not just a natural cyclical problem but rather, something tangible and one which certainly prompts the need for further research – hence the RSPB Puffin Project UK. 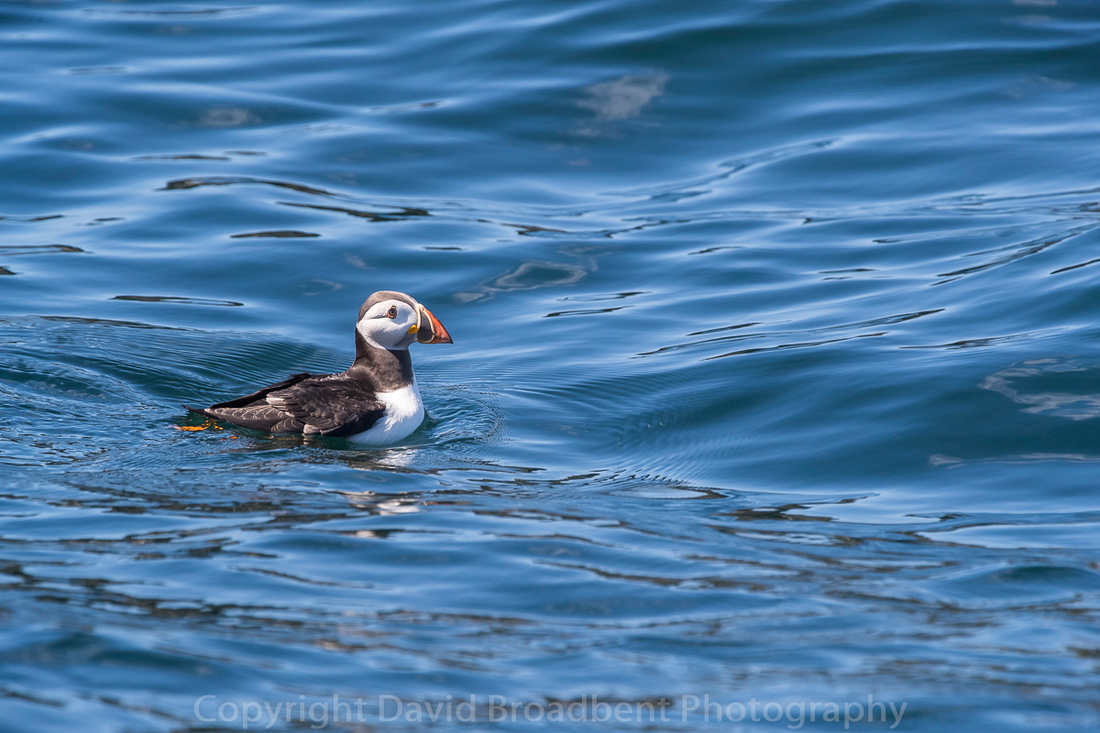 And so, in part the project is using images to support the wider research project to provided data from other, more conventional, research sources – all clever stuff. That’s the thrust of the project and, at the end of this article, I have included some useful links so you can find out more.

Cut back to the bustling Seahouses harbour on a sweltering hot June morning. High tide has come and gone but these days it is the buzz of the tourist boats and not the local fishing boats that crowd the harbour. The Farne Islands tourist industry is a significant contributor to the increasing popularity, and local income, of this jaw-droppingly beautiful part of Britain. Local boatmen shut out of the fishing industry are now recycling old fishing boats into tourist vessels to give us all a taste of the sea. 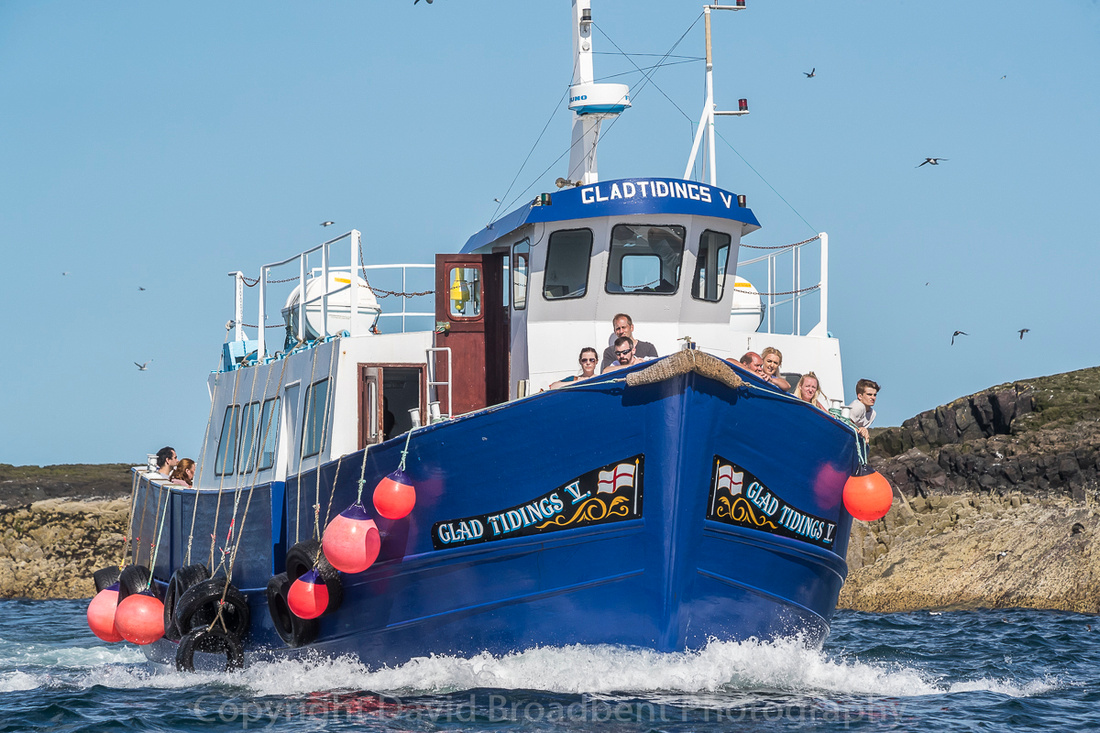 A large photo group is gathered by Billy Sheils’ ticket hut on the harbour side. Their instructor for the day is trying his best to impart useful information on the forthcoming visit to a seemingly easily distracted audience. Chief amongst the advice I was privy to was the opportunity to photograph terns on people’s heads. As you might image there is an impressive array of expensive photographic equipment on show. Shoulders groan under the weight of long lenses hanging off branded camera straps and assorted gizmos.  Heavy looking rucksacks seem to suggest that yet more gear (or just lots and lots of sandwiches) is contained within.

What also strikes me as quite odd is the sheer square footage of DPM (disruptive pattern material also known as camouflage to you and me) in various shades of “forest leaf” cladding the gathered throng. Setting aside for the moment the basic principals of camouflage in aping the natural world and blending in with any given background environment, you cant argue that nothing says “Camo” like a good forest leaf pattern!

I can't think of a single practical reason for DPM on Inner Farne, in forest leaf or otherwise. The birds watch from the rocky redoubt as the fishing boats (that deliver no fish from their sterns) loom larger on the cool blue waters. Birds have a sense of the routine and probably know the sailing schedules as well as the boatmen. So, right on time, the boats arrive and disgorge their cargo. The majority of the birds couldn’t really be less interested in us (providing we stick firmly to the rules of where one may or may not go). All, that is, except the Arctic terns. They, by contrast, seem positively excited by the arrival of a new, and sometimes unsuspecting, shipment of victims.

Despite the now obvious Health & Safety notices and briefings from the NT staff (with added nods, winks to reinforce the message) of the need for headgear – these first timers brimming with confidence sally forth onto the ashore. One lady on the outward boat trip suggested her husband was over reacting and assured him of her solution to “just stay on the beach”. Not too sure she had fully grasped what Inner Farne was all about….The terns where way ahead of her and camped out foursquare right there in the sand. 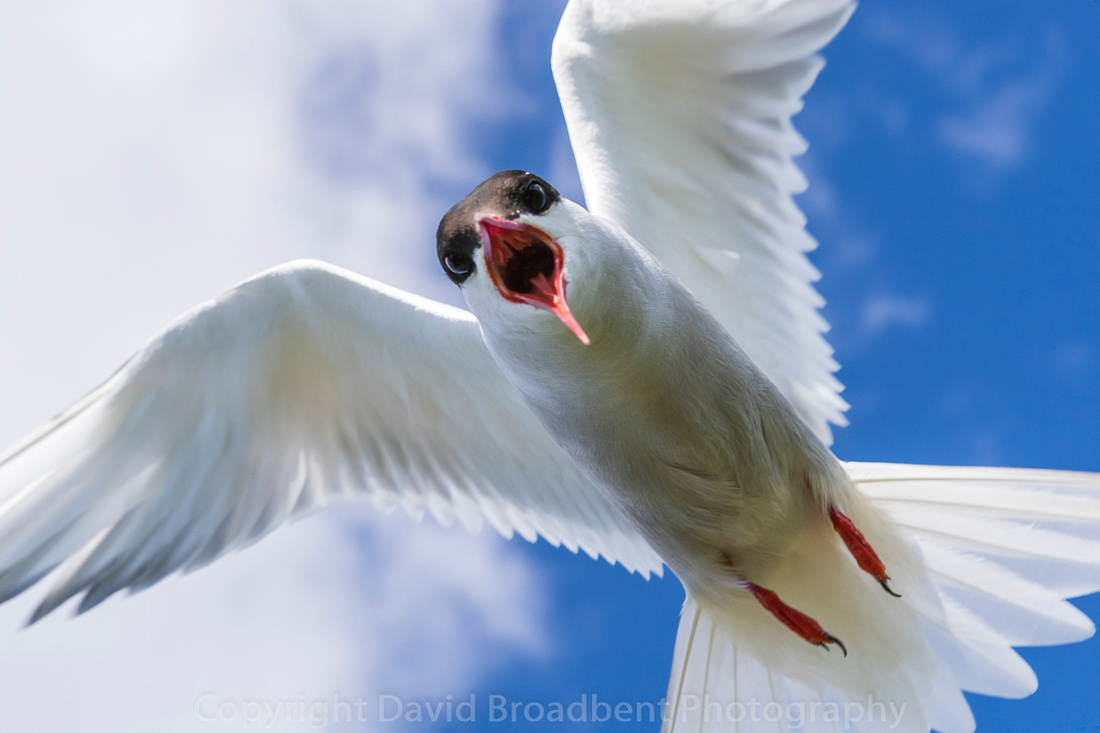 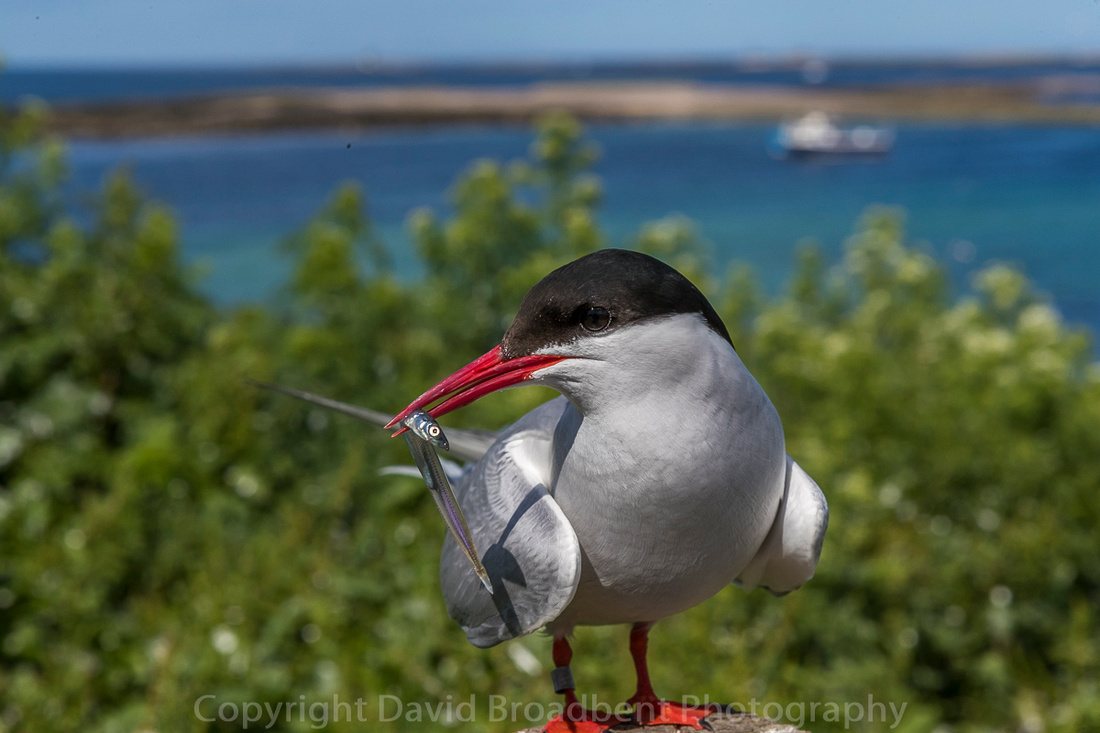 I mingled with the visitors including members of the photo group now taking pictures of each other with terns on their heads. Dressed in my highly camouflaged check shirt and jeans replete with a MotoGP baseball cap in various bright shades of bright blue I mingled. A funny thing happened to me on the way to the sea cliffs….I got on the receiving end of a pitiful glare, an “Oh bless” expression, perhaps even a sneer from an older gentleman festooned in camouflaged photographic equipment. The seeming reason for his patronizing sympathy was my obvious and energetic attempts to photograph Puffins carrying sand eels in their mouths as they whizzed overhead, nest ward bound,  at Mach 3. 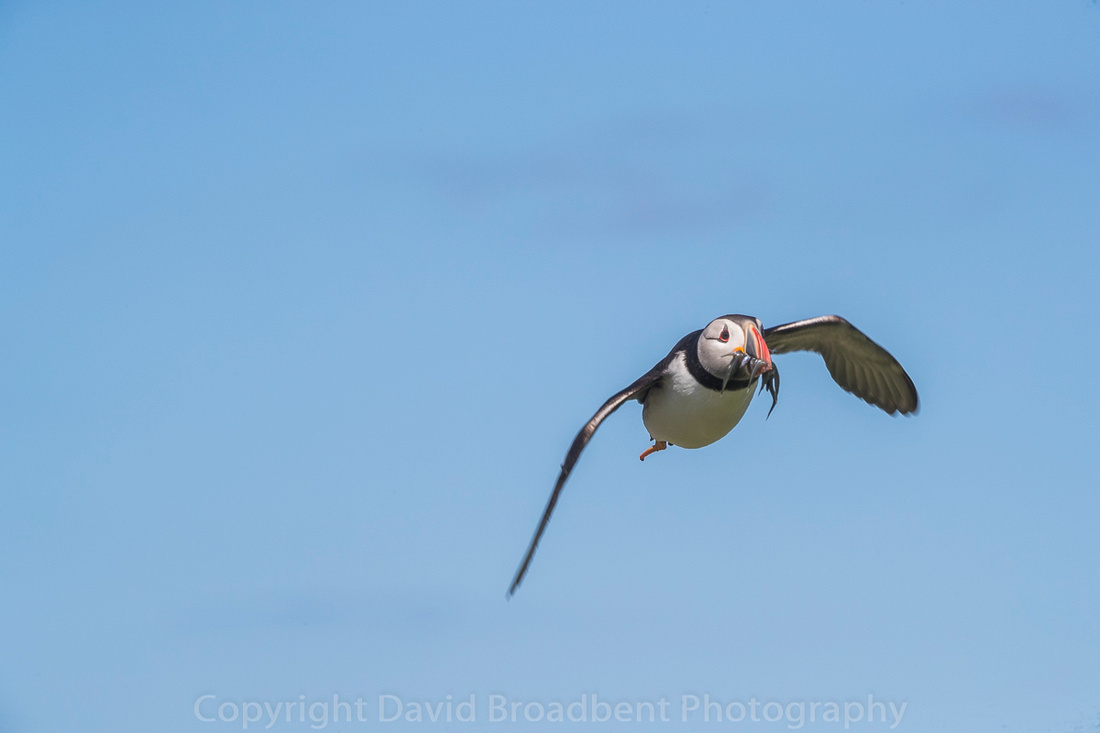 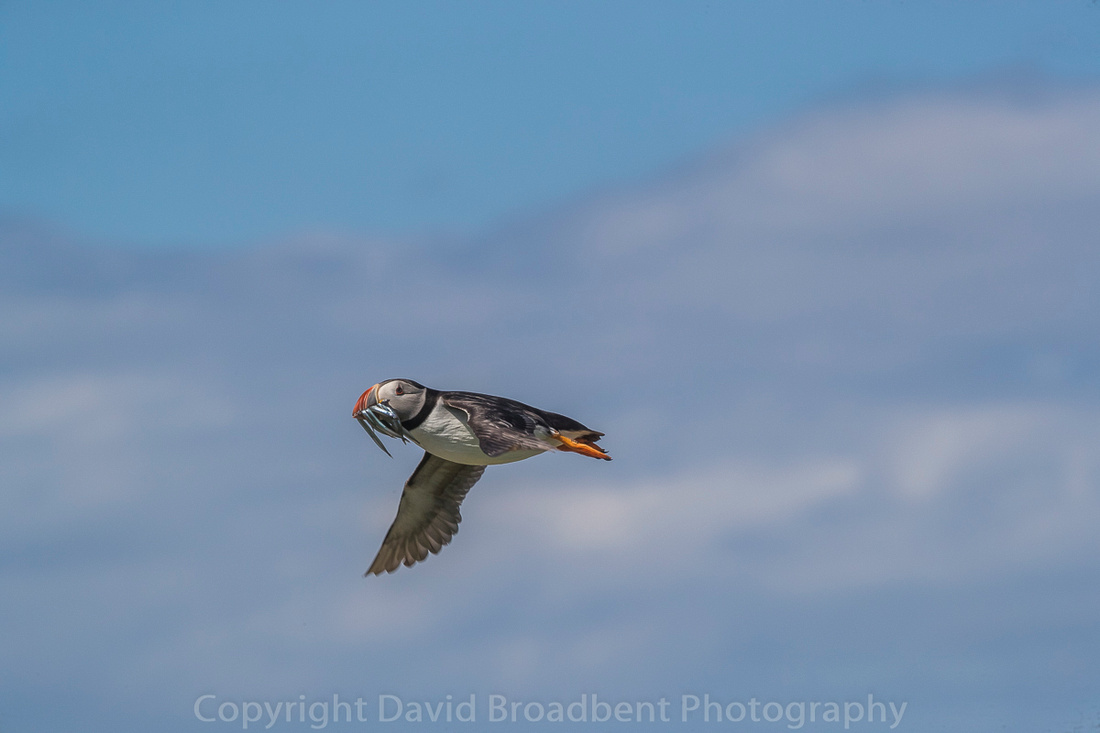 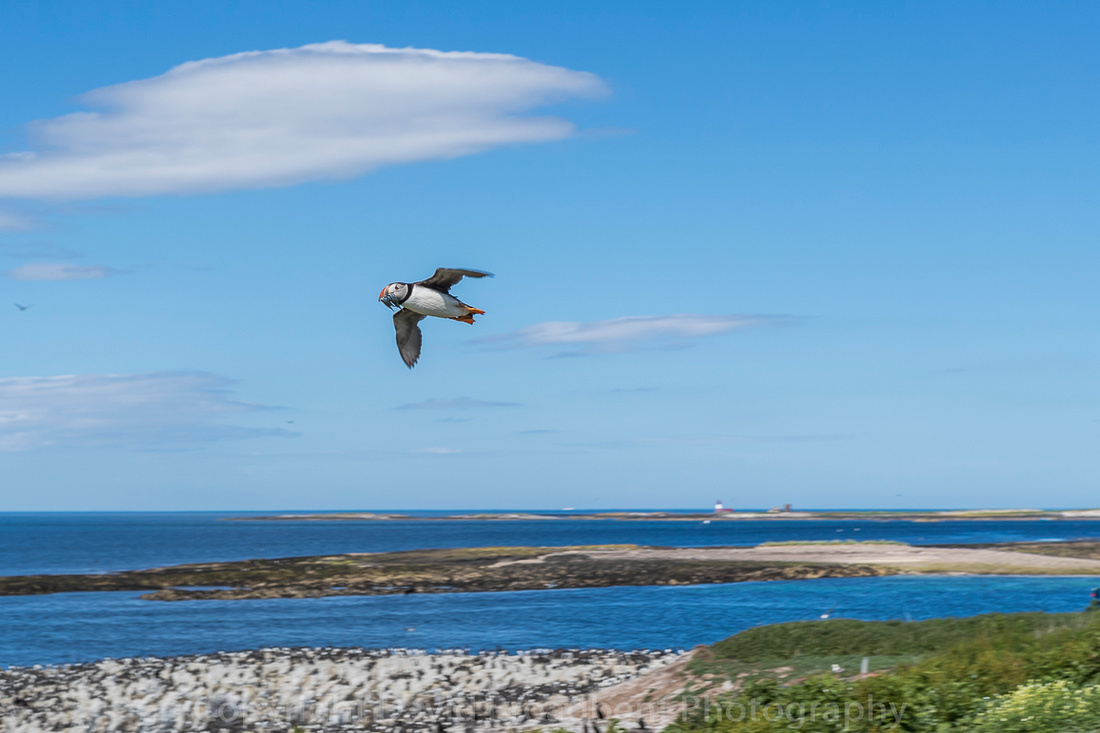 It would have been churlish and totally unnecessary to cease my high speed tracking to explain my efforts (assuming my assumptions of what just happened were correct) to “multi pocket jacket man”.

And so there you have it! Do what recent technological advances in gear allow but most importantly employ a creative mind, and do something different!

The Farne Islands are owned by the National Trust and in addition to the boat fare, landing visitors must also pay the NT admittance unless you have an NT membership card with you.

Birds, and other things in general, in motion is one of the most difficult skills to master. I hold regular training sessions on focusing and exposure techniques on this at my training school Forest of Dean & Wye Valley School of Photography as well as in the Film and Photography School for the Gloucestershire Wildlife Trust at Greystones Farm.