Musings on all things travel and food in the spectacular mediaeval citadel of Siena. 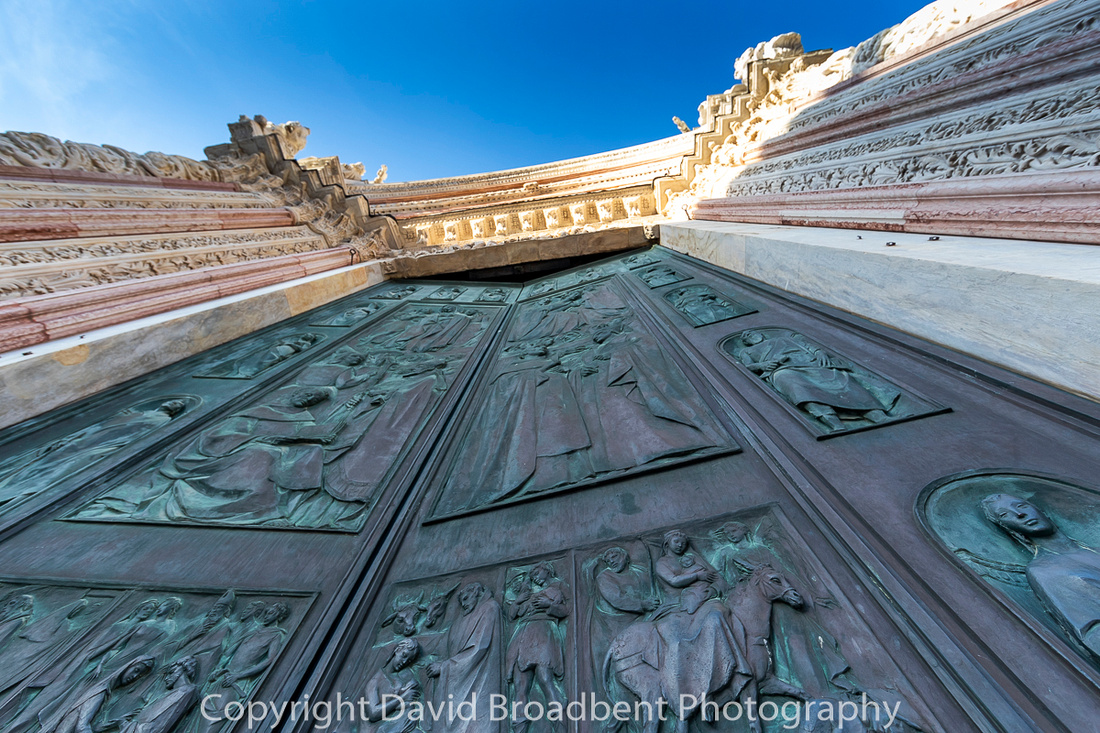 Just about everyone, it seems, in Siena believes that you can buy a ticket for the local bus onboard, apart of course from the driver!

Being fair, I perhaps need to be a little more specific and say that the old guys who drive the buses seem blissfully unaware that on-board purchases are possible. Then again the young guys (presumably indoctrinated by the aforementioned old guys) seem similarly unaware. Our advice to travellers to this fantastic mediaeval city is only get on a bus with a lady driver. Our first female pilote was particularly friendly and helpful. So, there is the gender gap dealt with for Siena – you’ll find the female transport operatives far more in tune with the Visit Siena tourism message than the old guys – whatever their ages. 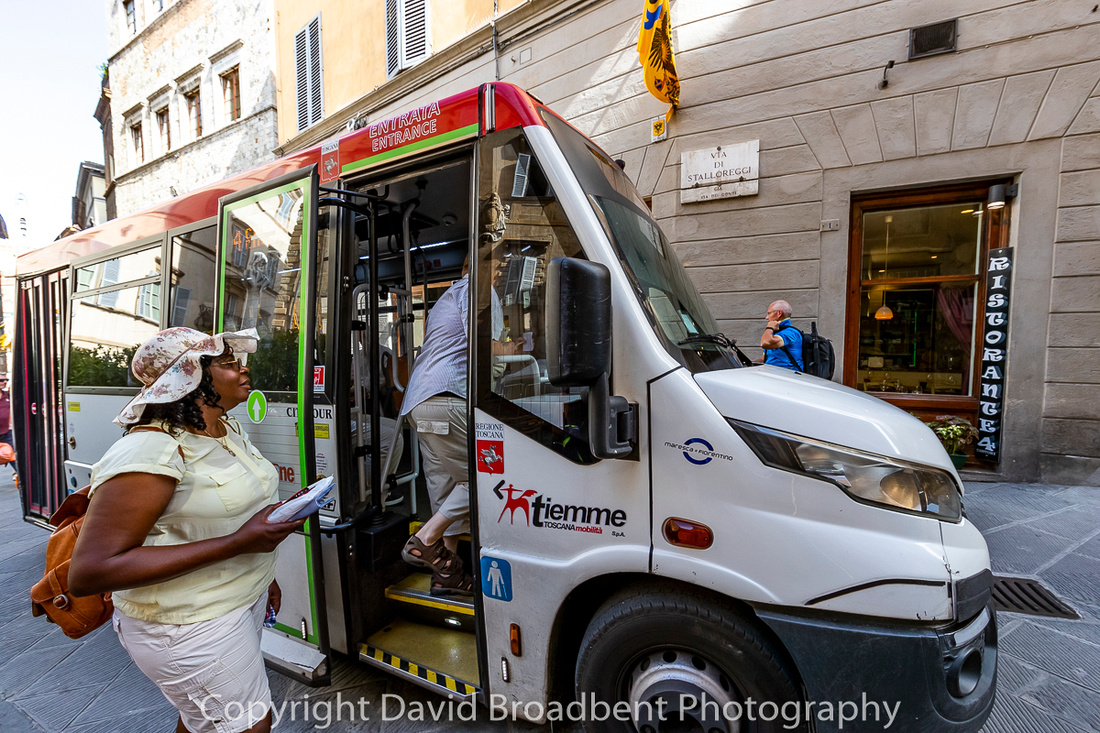 Don’t let the opening paragraph put you off. Siena is the most spectacular of medieval cities and most of it would appear little changed to a medieval time traveller. Even a Roman or Etruscan (who founded the city) visitor may find familiar areas of the city still standing, if only at pavement level. We’ll talk more about the photo and food later but for now it’s just time to manage your expectations. 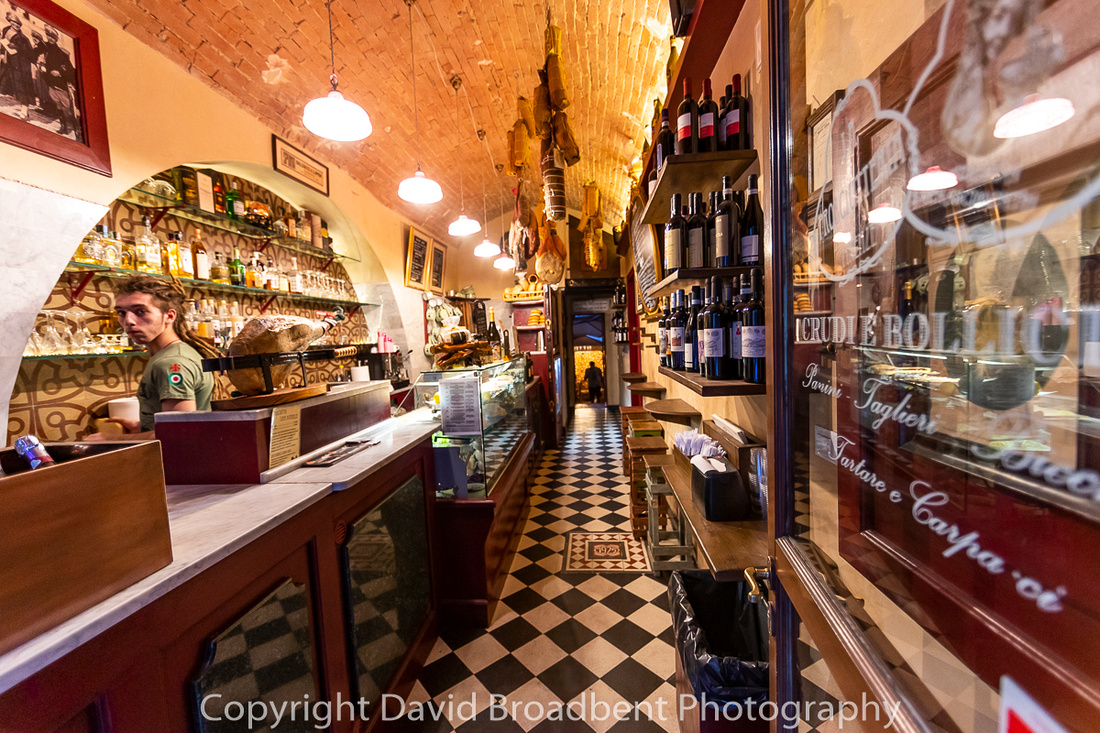 If Siena is your first taste of Italy, take the local customs like the bus, with a pinch of sale. It’s not all that difficult to understand. The locals and those who work in the public facing services seem battle scarred from their immersive encounter with “tourism” in one of Italy’s most popular destinations. They have the thousand yard stare of those who have seen things no other bus driver should have had to experience. For example, in a Gelateria just off the Campo we waited in a for an excessively expensive but redeemingly gorgeous fruitti di bosco (fruits of the forest) gelato in cone when the American lady in front asked the Gelateriere if he sold ice cream as well! See the disclaimer below

The rest of Italy is not like these tourist honeypots of Siena and of course The Vatican. Similarly in this papal palace, which must have a bad day if it doesn’t clear 2.5K Euros a day, there are staff who can hardly raise a smile even in the name of God.

Cut to the magnificence that is Siena! The monumental scale of this medieval masterpiece leaves photographers spoiled for choice in every genre from Architectural to Street. At each turn there is a shot or potential shot. The detail of the architecture, the exterior of the Duomo and the fragments of medieval friezes which still remain on the seemingly plainest of buildings is quite simply staggering. The quality of the artworks, stone masonry and mediaeval building lines are without equal. Much of the old city is pedestrianised and for these two reasons, Siena is every bit as impressive as Firenze. 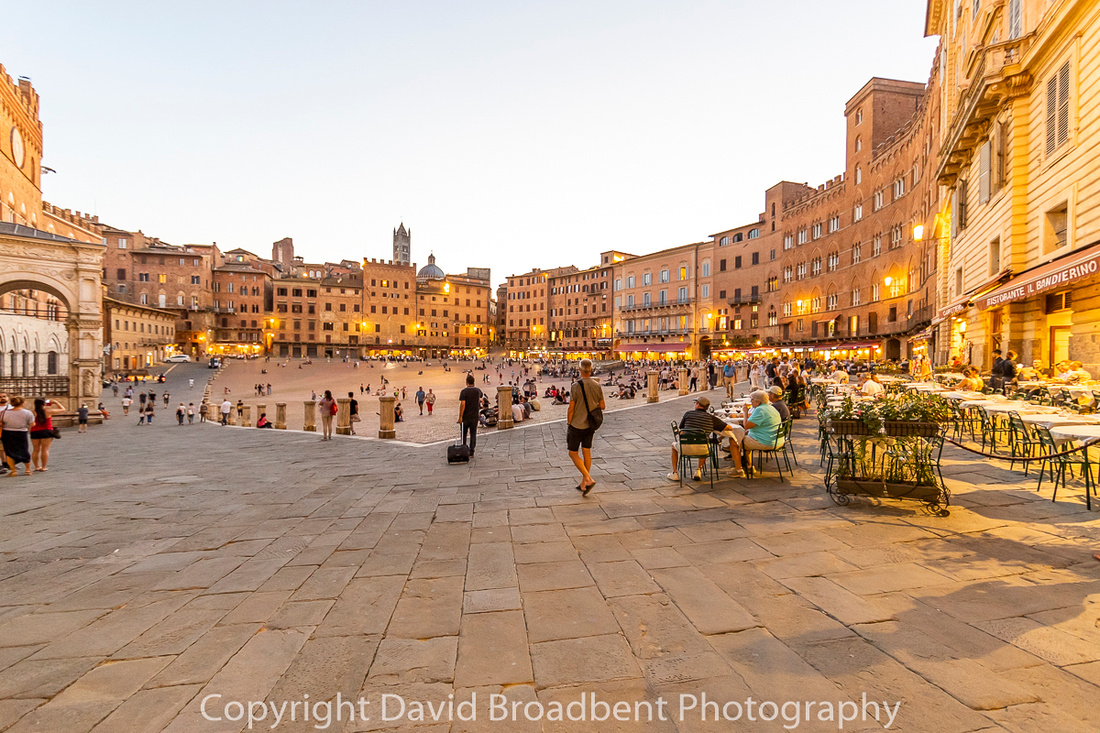 Il Campo is the scene of the famous Il Palio horse race staged each year in late summer. Horses career at breakneck speed around the Campo and packed crowd with reckless young men aboard. In doing so they defy gravity and, much like the rest of Italy, the relentless march of Euro health and safety. It is a breath-taking architectural arena. Enter from any of the narrow side streets into a natural sloping amphitheatre (probably also the site of the Roman Forum). Those narrow streets mask the full view of the Campo and therefore it always feels like a surprise before drawing the eye to the Torre and it’s crenelated companion buildings from anywhere in the square. Don’t go to the Duomo in the morning unless you like queuing but rather wait until just after lunch and you’ll find the ticket office a wide open, air-conditioned reception area for you. Alternatively get the latest afternoon ticket you can and marvel at the interior religious splendour that is the Duomo. 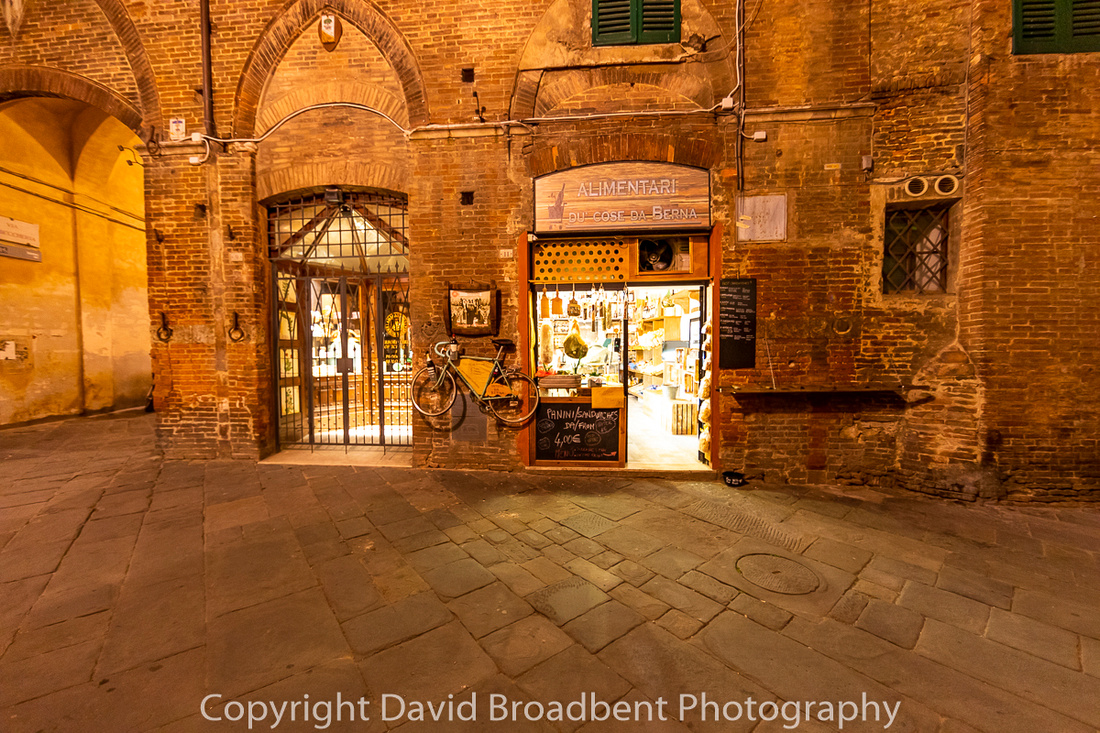 We heartily recommend Marco at Solounclick di Marco Soldateschi, Via Pantaneto, 95, 53100. He is a Canon pro photographer and retailer and has a great deal of general photography knowledge. If you get into photo trouble during your visit – this is the guy to seek out for help. Siena also gives its name to the SIPA photo awards and exhibition. More details can be found here https://sipacontest.com/

Riding the bus can be convenient and cheap. It can also plug you into the local zeitgeist and in some cases is a really good way to orientate yourself around a place (as are the red bus tours in bigger cities). Italian buses are often a "request" service (fermata a richiesta) i.e. stop the bus you want by holding out your hand at a stop and stop the bus you are on by dinging the bell on the bus BEFORE you get to your required stop. Tickets are sometimes available on the bus depending on whether your bus driver decides they can be bothered (see above). A more dependable approach is to buy them beforehand from your hotel reception, increasingly from auto machines at the stops or most  tobacconist shops (Tabacchi). If I'm going to use the bus I'll either buy several tickets at a time. Tickets become "live" only once you validate them. They are normally valid for an hour or so on any other bus once validated. You validate your ticket onboard the bus. Put the ticket in the machine slot for it to be stamped or on more modern city buses the tickets are contactless - just put them on the screen until your hear the bleep. The driver is unlikely to want to engage in conversation about how you do this!

If I can find a seller next to really good coffee, I'll often just buy tickets for the day and give myself an excuse to call for coffee again tomorrow. 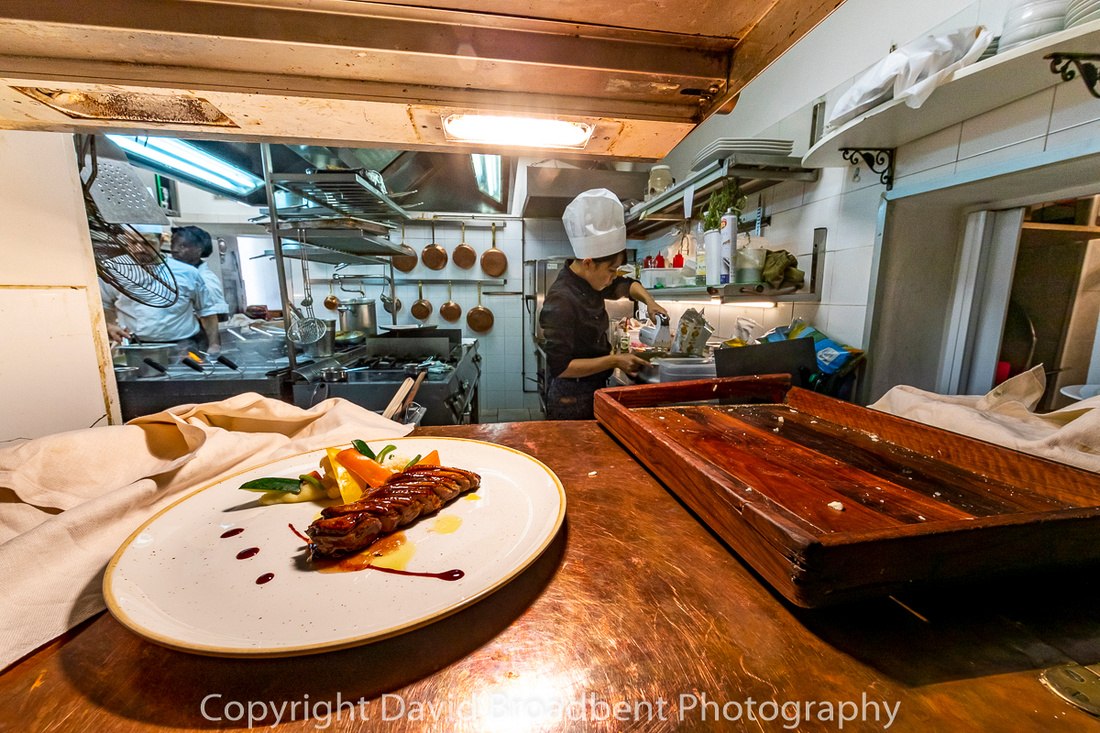 Don’t eat in the Campo unless you do so for the atmos and the view. Go with the first rule of the travel photographer and check out where the Sienese are eating. Not as easy as you may think as Siena attracts many Italian tourists as well. If in doubt listen for Italian around the tables. If you hear lots of American accents – you’re bound to need your credit card! There are lots of great small ristorantes on the Via di San Pietro down toward the town gate at Porta Tufi with price points to suit every traveller. For a real treat, we ate at Da Divo on Via Franciosa, 25, 53100 Siena – tucked away in the back streets not 5 minutes walk from the Duomo, the place is a cool gastronomic haven. The staff are friendly, helpful and multi lingual (do though try to speak some Italian at least) and the chef is reassuringly rotund. The food is fabulous! We tried courgette flowers and ricotta and prawns for starters – the courgettes took the taste finishing post by a length and half. For lunchtime mains, pappardelle and wild boar (Cinghiale) ragu and Tagliatini with Lobster. With a cheap bottle of wine and some frizzante water it came in around a 100 Euros. 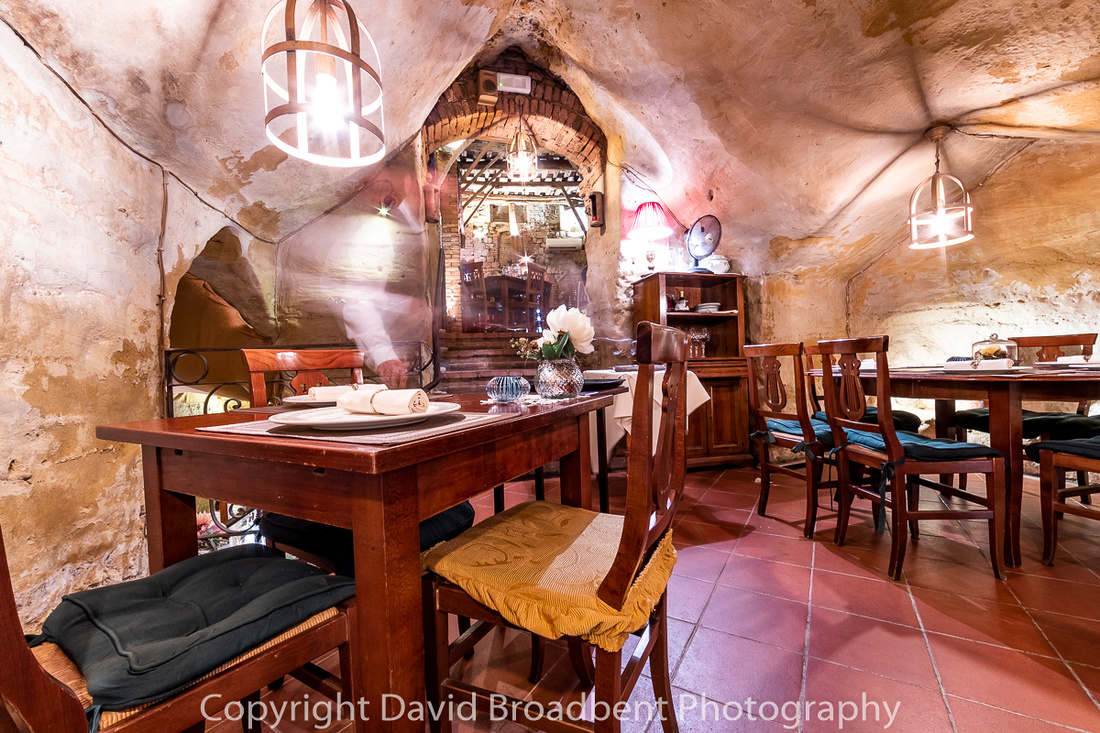 Eat really well in the week in the evening or lunchtimes and eat on the go at weekends when the eateries are likely to be much busier. Also, look out for local festivals where food is always an element in Italy, and you can sometimes just turn up and pay for a plate. 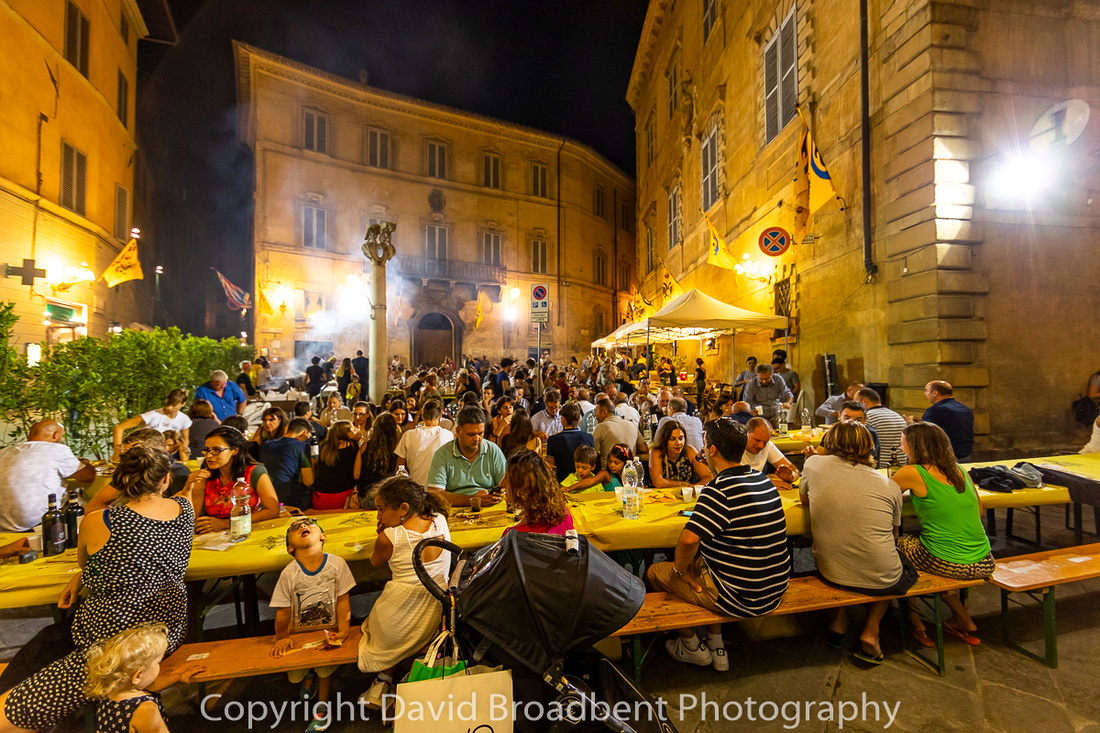 After the ingredients and blending comes the freezing and churning. More air (overrun) is typically introduced to ice creams to increase the output volume by 100% or more. Gelato overrun is typically more like 30% so is denser and creamier. The nice American lady may have been correct technically but in reality didn’t seem that with it. 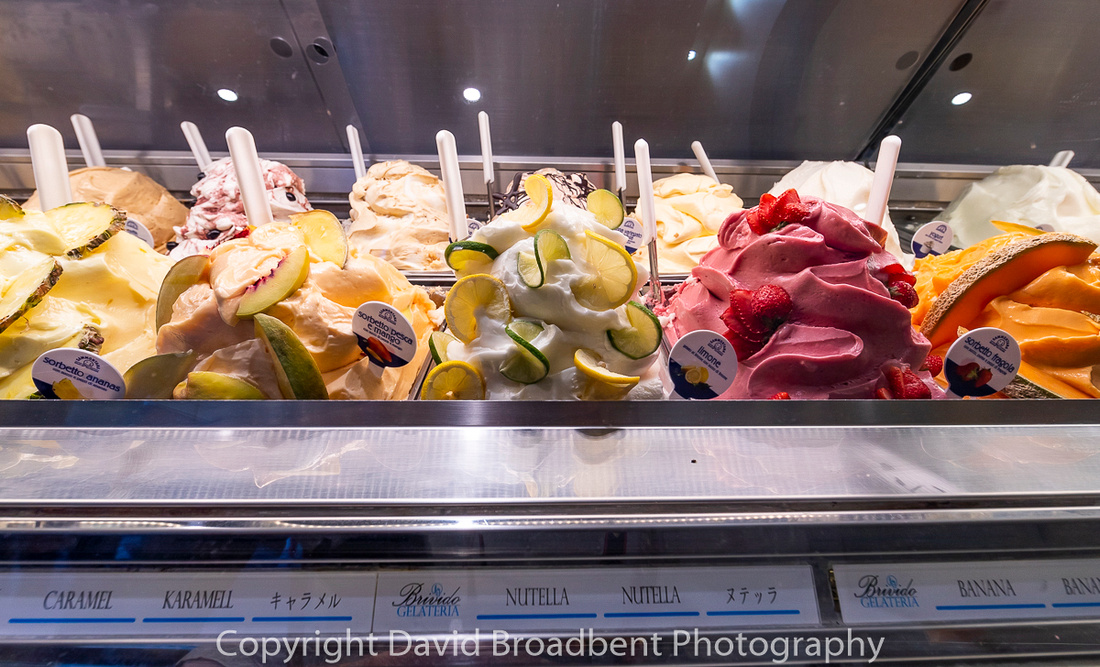